Mystery of ‘Lady in a Fur Wrap’ SOLVED: New Forensic analysis finally reveals the identity of the artist behind one of the world’s most celebrated paintings

Art experts have established that a painting once exhibited in the Louvre is not by renowned artist El Greco as previously thought.

Lady in a Fur Wrap, normally displayed in Pollok House in Glasgow, was traditionally thought to be by El Greco but scholars have been debating its origins for the past century.

Now new analysis has revealed the portrait was in fact painted by 16th century Spanish artist Alonso Sanchez Coello (circa 1531-1588).

Lady in a Fur Wrap was bought by Sir William Stirling Maxwell in 1853 and is part of a collection of Spanish works which, together with Pollok House, was donated to the City of Glasgow in 1967 by his granddaughter Dame Anne Maxwell Macdonald. 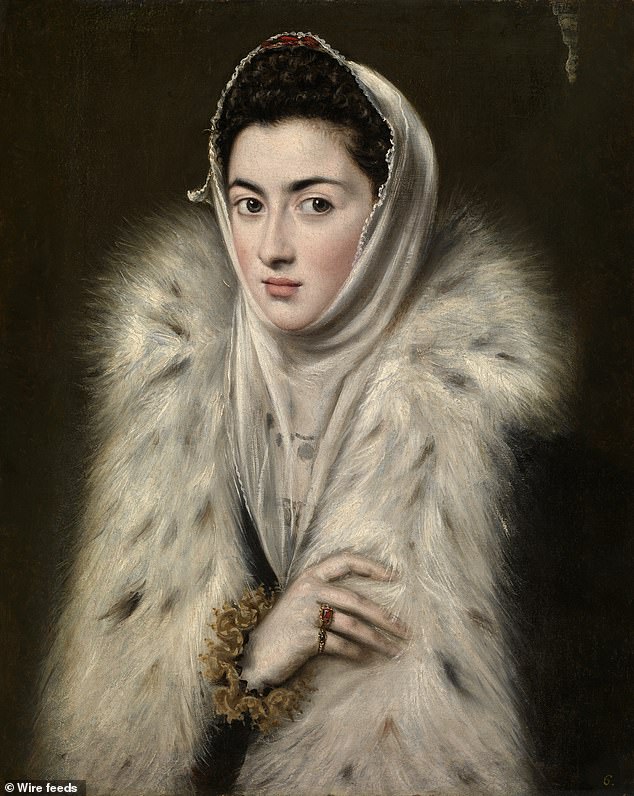 Lady in a Fur Wrap, normally displayed in Pollok House in Glasgow, was traditionally thought to be by El Greco but scholars have been debating its origins for the past century

LADY IN A FUR WRAP

Lady in a Fur Wrap, valued at more than £20million ($26 million), was believed by many to be the work of Spanish renaissance painter El Greco.

But some critics were sceptical of El Greco’s authorship since the work is so strikingly different from most of his others.

Researchers undertook examinations of the paintings’ surface, as well as analysis of microscopic paint samples.

Specialists also used infrared reflectography to detect any preliminary sketches or underdrawings by the artist, which are often hidden by overlying paint layers.

They also carried out X-radiography to provide information about materials and techniques used, as well as the artists’ style.

Experts at the Museo Nacional del Prado in Madrid carried out detailed technical examination of the painting and worked with the University of Glasgow and Glasgow Museums on the project to research the origins of the painting.

Dr Mark Richter, of the University of Glasgow, who co-ordinated the scientific investigation in Glasgow, said: ‘Through technical analysis of the painting’s surface, as well as analysis of microscopic paint samples, we now know much more about how this most enigmatic portrait was painted and the relationship of its materials and methods of creation to those of other important pictures in this and other collections.

‘All the evidence indicates that the materials and techniques used in the creation of the painting are consistent with 16th century practice in Spain.

‘However, the composition of the layers in the Lady in a Fur Wrap is different from paintings we know to be by El Greco.’

He explained: ‘Most paintings are built up using multiple layers. In the 16th century, when this painting was made, these layers normally included a ground layer, a priming layer, multiple paint layers and finally varnish. 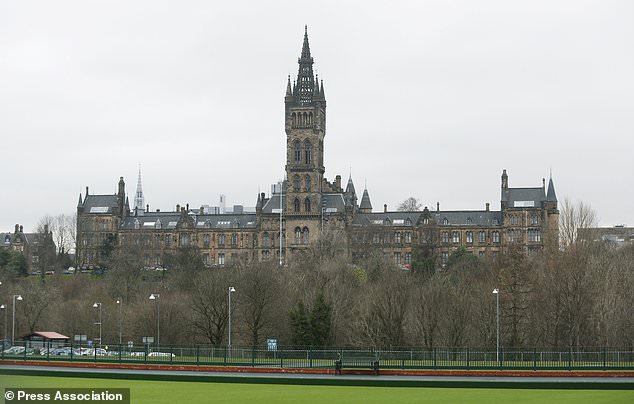 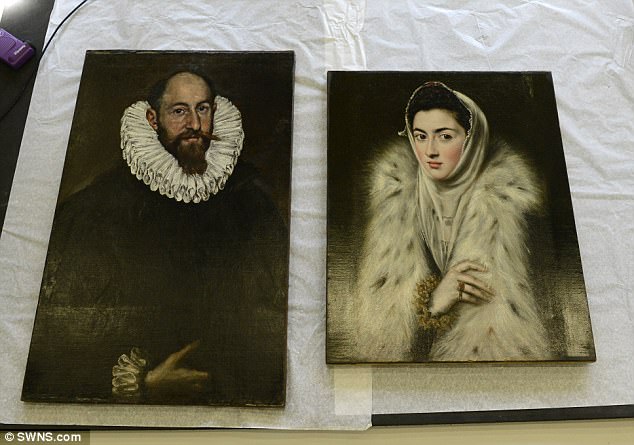 Some critics are sceptical about El Greco’s authorship of Lady in a Fur Wrap (right) since the work is so strikingly different from most of his others, including Portrait of A Gentleman (left)

‘Technical examination carried out by the Museo del Prado and the University of Glasgow has allowed us to examine these layers in detail.

‘The composition of the layers in the Lady are considerably different from the layers seen in autograph works by El Greco.’

Experts at the Prado first carried out technical examinations on the painting in 2014 when it was on loan for the commemorations for the fourth centenary of El Greco’s death and used techniques such as UV fluorescence photography, X-radiography and infrared reflectography.

Experts in Glasgow then carried out similar examinations on comparative works by El Greco and other contemporary artists, such as Sanchez Coello.

Lady in a Fur Wrap was exhibited in the Louvre, Paris, in 1838 and was regarded as an early masterpiece painted soon after El Greco settled in Spain in the 1570s.

The painting was popular with viewers and helped raise the artist’s international profile from the mid 19th-century onwards.

It is currently being kept at Glasgow Museums Resource Centre, where people can view it on request. 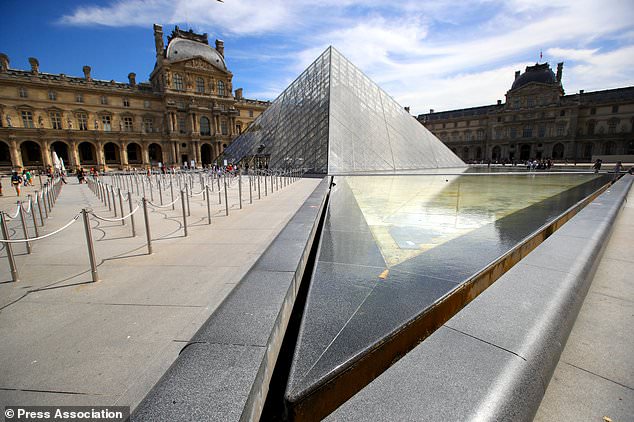 Lady in a Fur Wrap was exhibited in the Louvre, Paris, in 1838 and was regarded as an early masterpiece painted soon after El Greco settled in Spain in the 1570s

It is expected Lady in a Fur Wrap will return next summer to Pollok House, which is run by the National Trust for Scotland.

Experts hope the latest discovery will help re-establish the reputation of Sanchez Coello.

Dr Hilary Macartney, who led the research at the University of Glasgow, said: ‘Alonso Sanchez Coello was the principal portraitist at Philip II’s court and much favoured by the king.

‘In his time Sanchez Coello was better known and more admired than El Greco.’

She added: ‘Now, at last, it will re-establish the international reputation that Alonso Sanchez Coello deserves.’

No comments to show.